This award-winning appeal—and first million dollar fundraiser—for Washington DC’ s Capital Area Food Bank gave donors a chance to speak out to and on behalf of hungry neighbors … and make a generous gift. 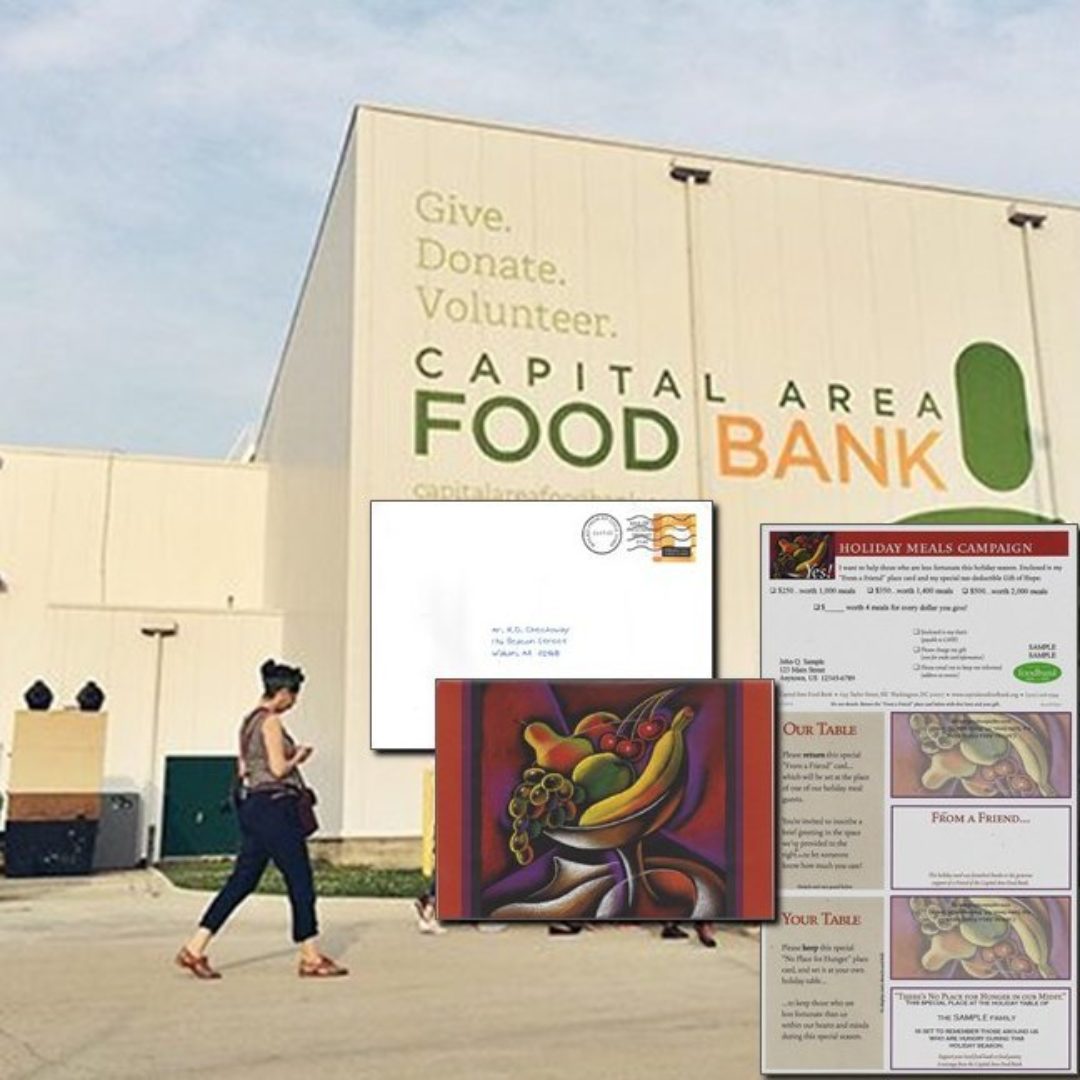 A direct mail acquisition test for the National Consumer Law Center got traction with other consumer rights donors and political activists, thanks to a powerful message on the risks of Big Data and a special message from Senator Elizabeth Warren endorsing the important consumer advocacy work of this organization. 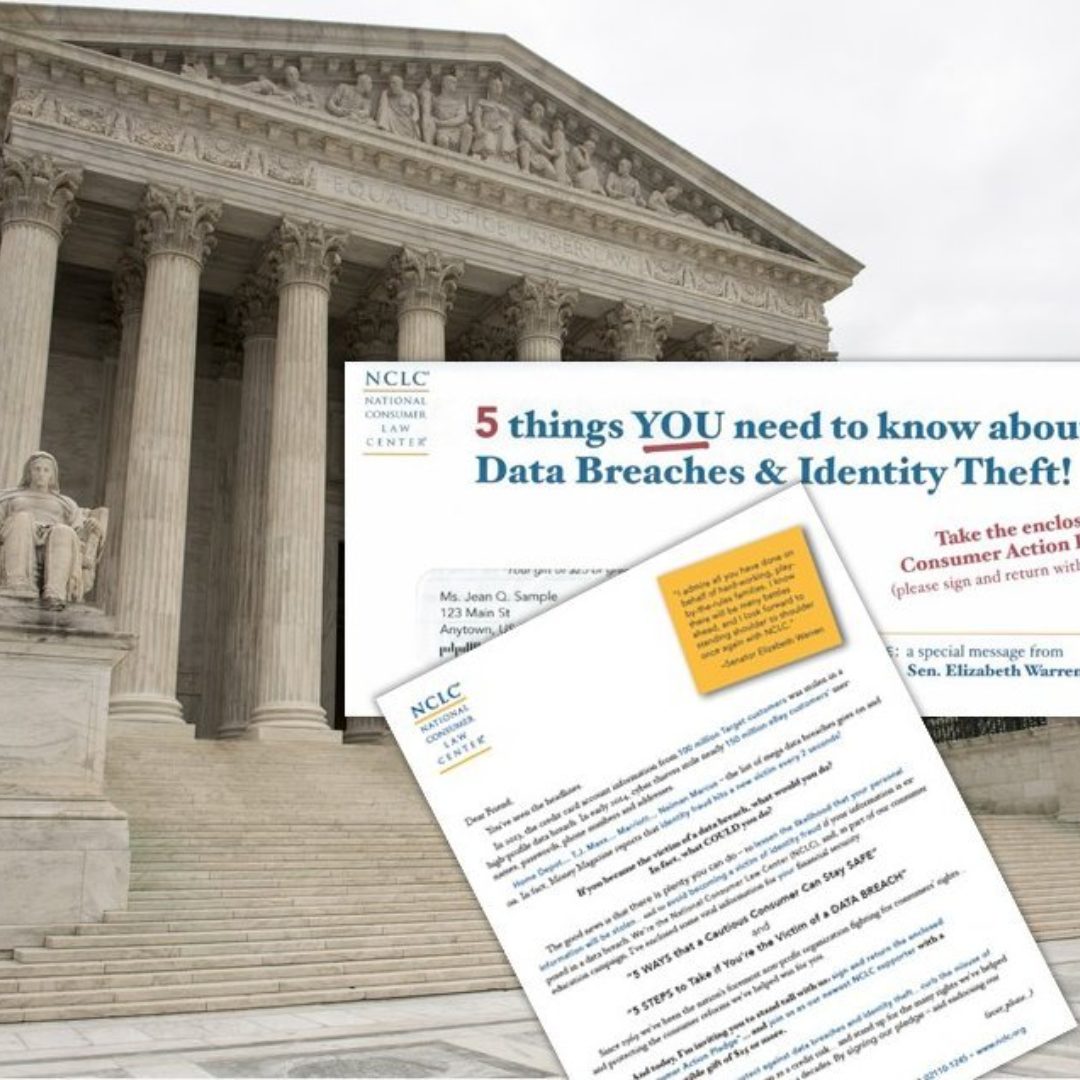 Lambda Legal sought to fully engage a groundswell of new supporters who joined this leading LGBTQ rights organization following the 2016 presidential election. A dimensional mail cultivation package contained a broadside featuring the group’s “We Object” call to action, along with a custom embroidered wristband, which was also distributed at Pride events throughout the summer of 2017. 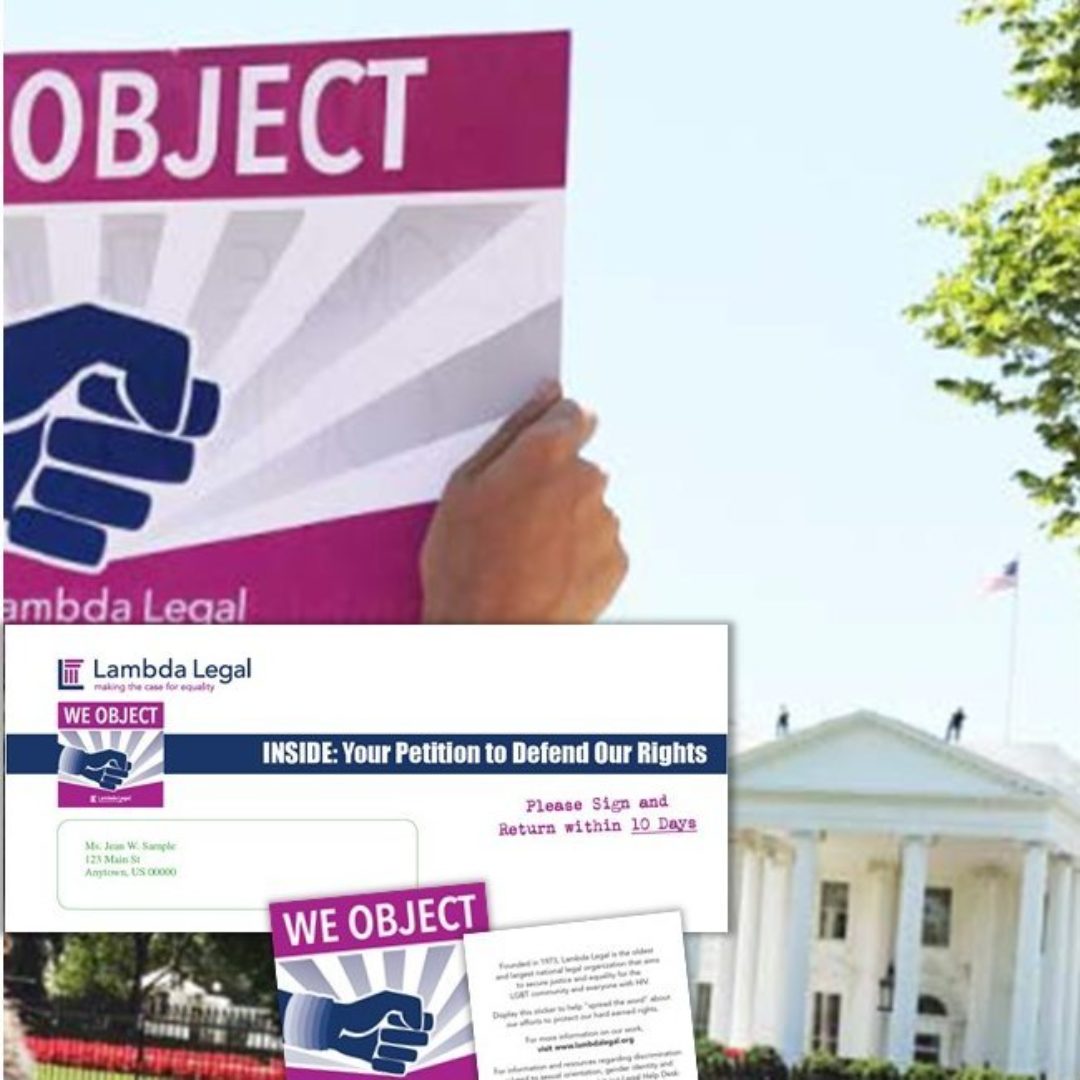 The powerful animal rights advocacy of Animals’ Angels has helped reduce horse slaughter and export of horsemeat from Mexico and Canada into Europe and has exposed abusive practices by livestock auction owners and workers across the US. This appeal called for donors to express their indignation and support the investigations with a gift. 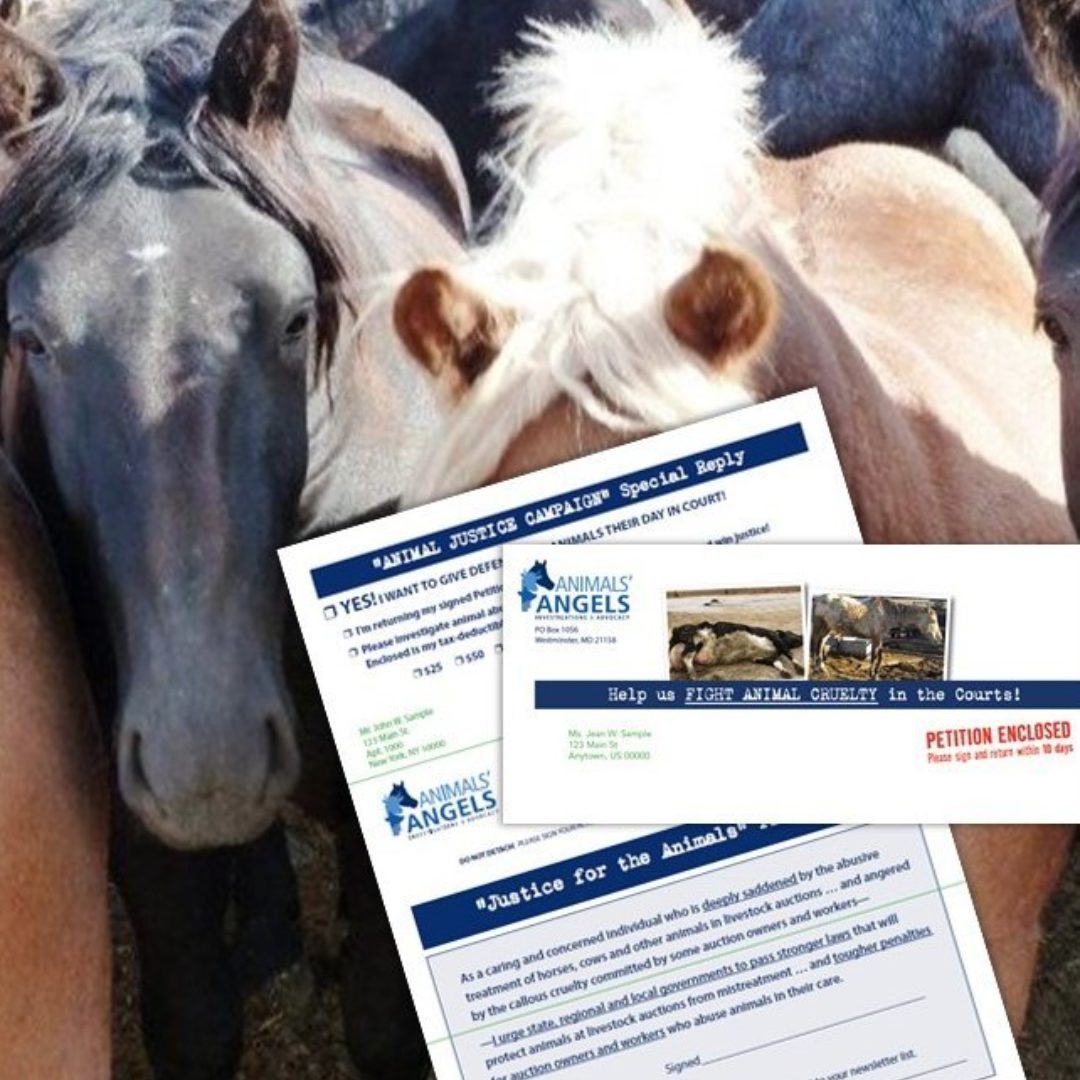 We took a lackluster annual anniversary appeal for the Restless Legs Syndrome Foundation and turned its 23rd anniversary into the start of a 2-year-long 25th Anniversary Campaign. This Silver Anniversary Certificate appeal lifted income over the prior year from $5,000 to $50,000! 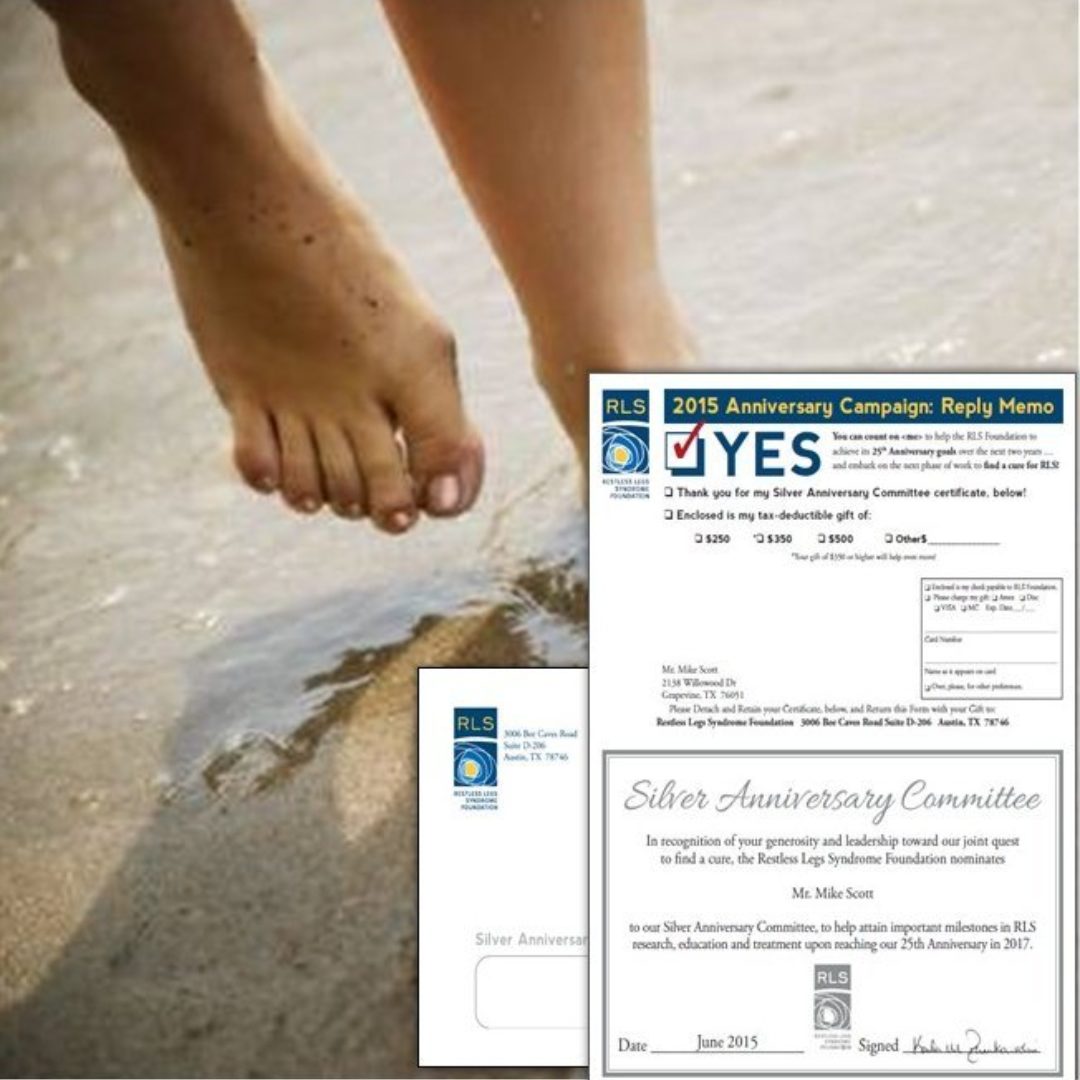 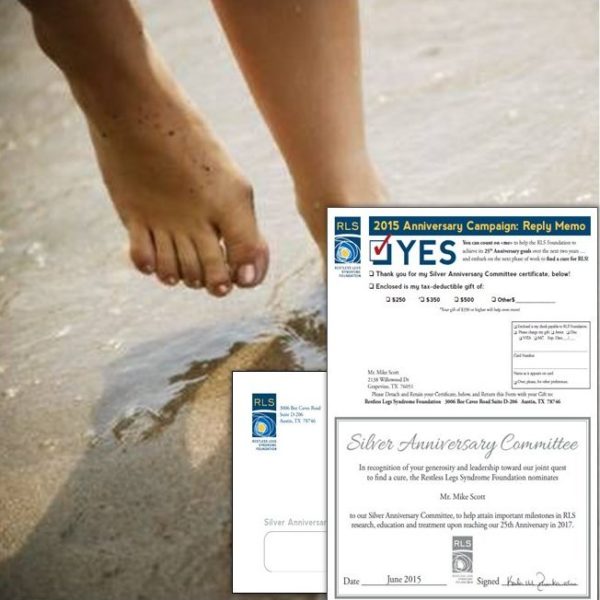 We launched a direct mail acquisition test for the newest member of the Memorial Sloan Kettering Cancer Alliance, the Miami Cancer Center. We conducted a 3-way test to evaluate a “latina” vs. “anglo” photo subject and Latinx donor/subscriber names vs. general (non-specific) names from the same lists. Among Latinx list segments, the “anglo” photo had a higher response and this segment outperformed the general names on the same lists by 350%! 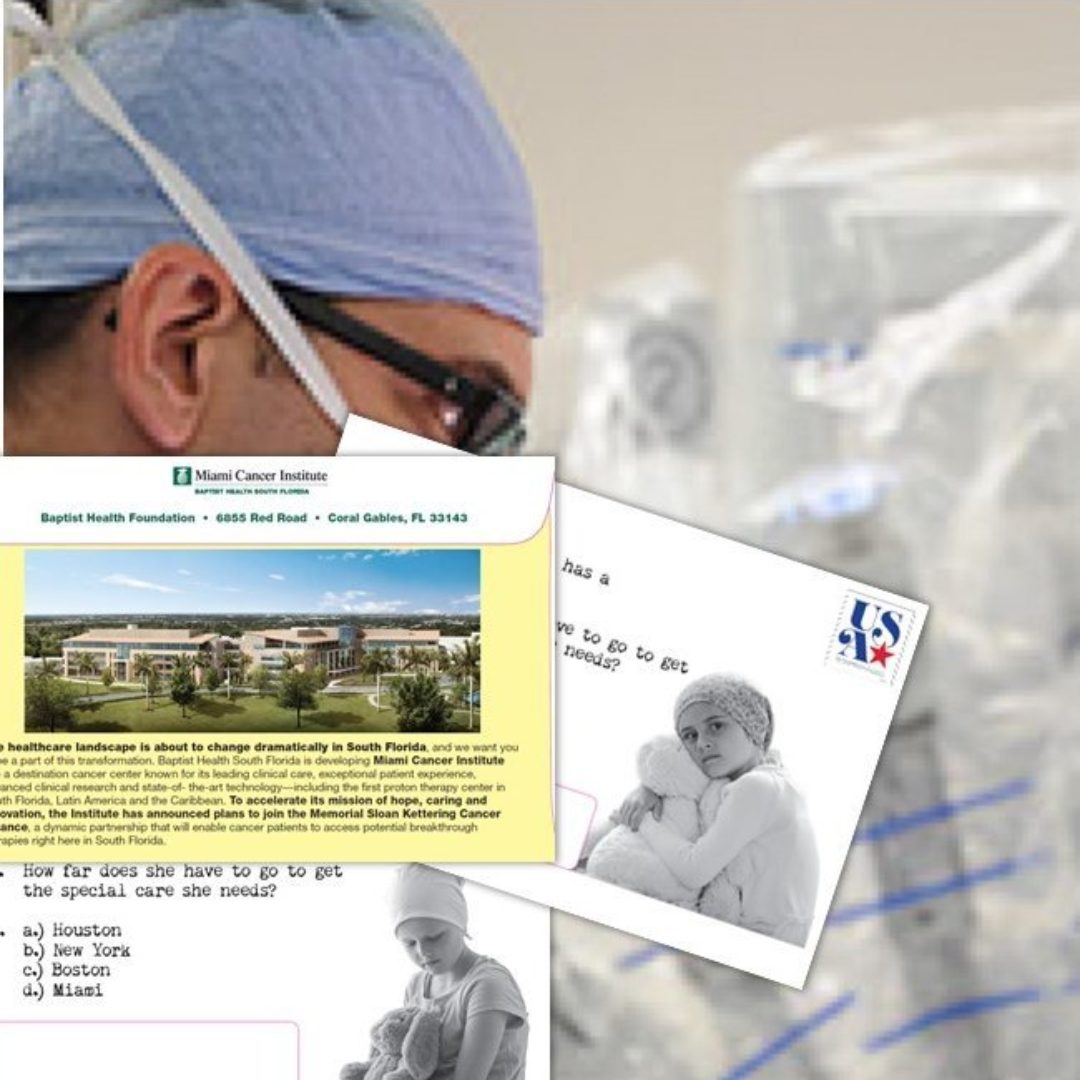 The National Baseball Hall of Fame and Museum tasked us with the goal of lifting donor response to an annual high dollar phone-a-thon. To elevate the stature of this mailing we created and sent a proposal-style appeal in advance of the call. The package was loaded with high-touch cues including a 9”x12” first class envelope posted with baseball commemorative stamps, a powerful proposal and case for support, and personalized content throughout. The outcome was a grand slam: we raised more than 100% over goal to be the most successful mail-phone program in Hall of Fame history. 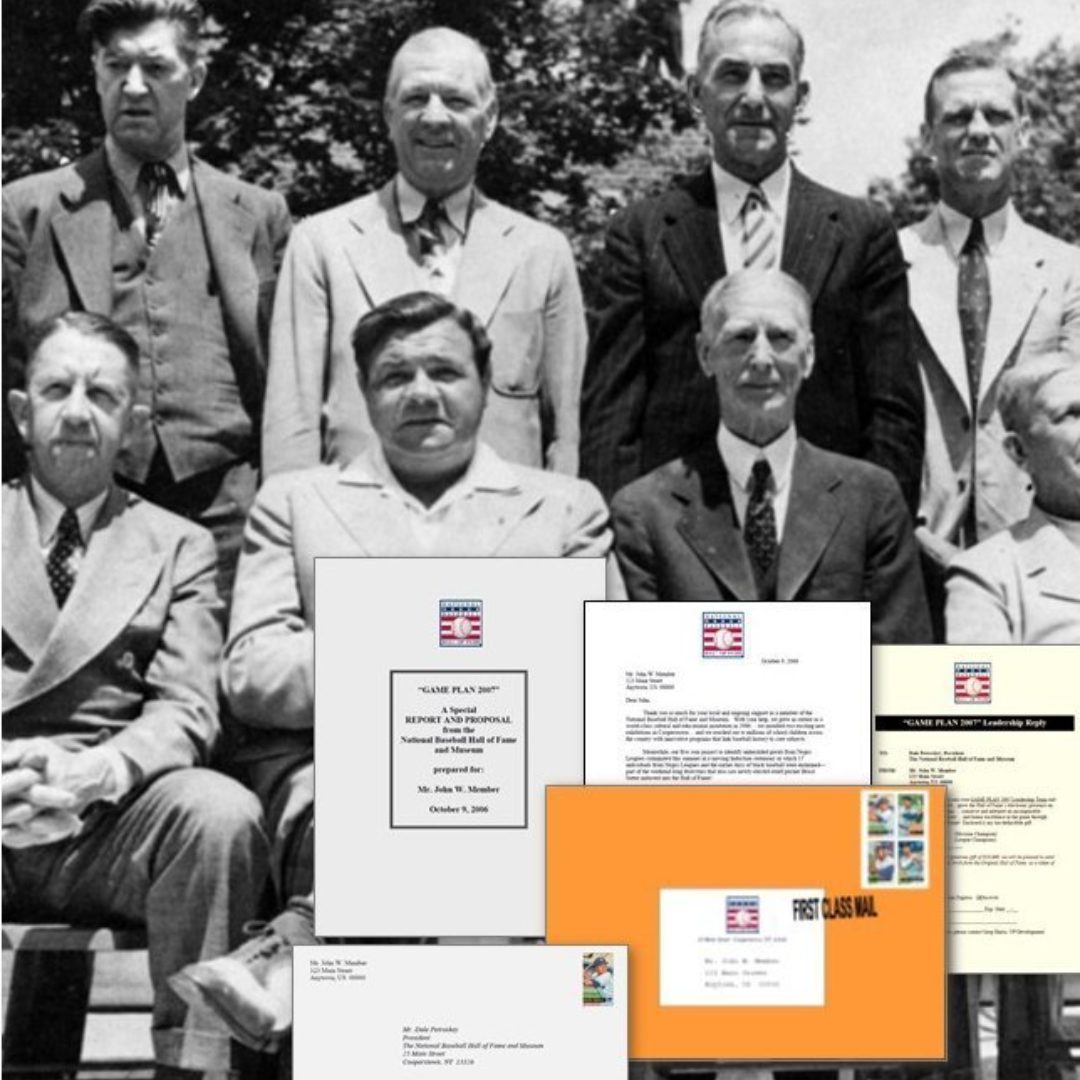 To create a direct mail proxy for mid-level donor stewardship for the Vermont Foodbank, we employed multiple high-touch, personalized cues including the use of auto-pen personalization.

This approach resulted in the most lucrative-ever mailing to this high value cohort of donors. 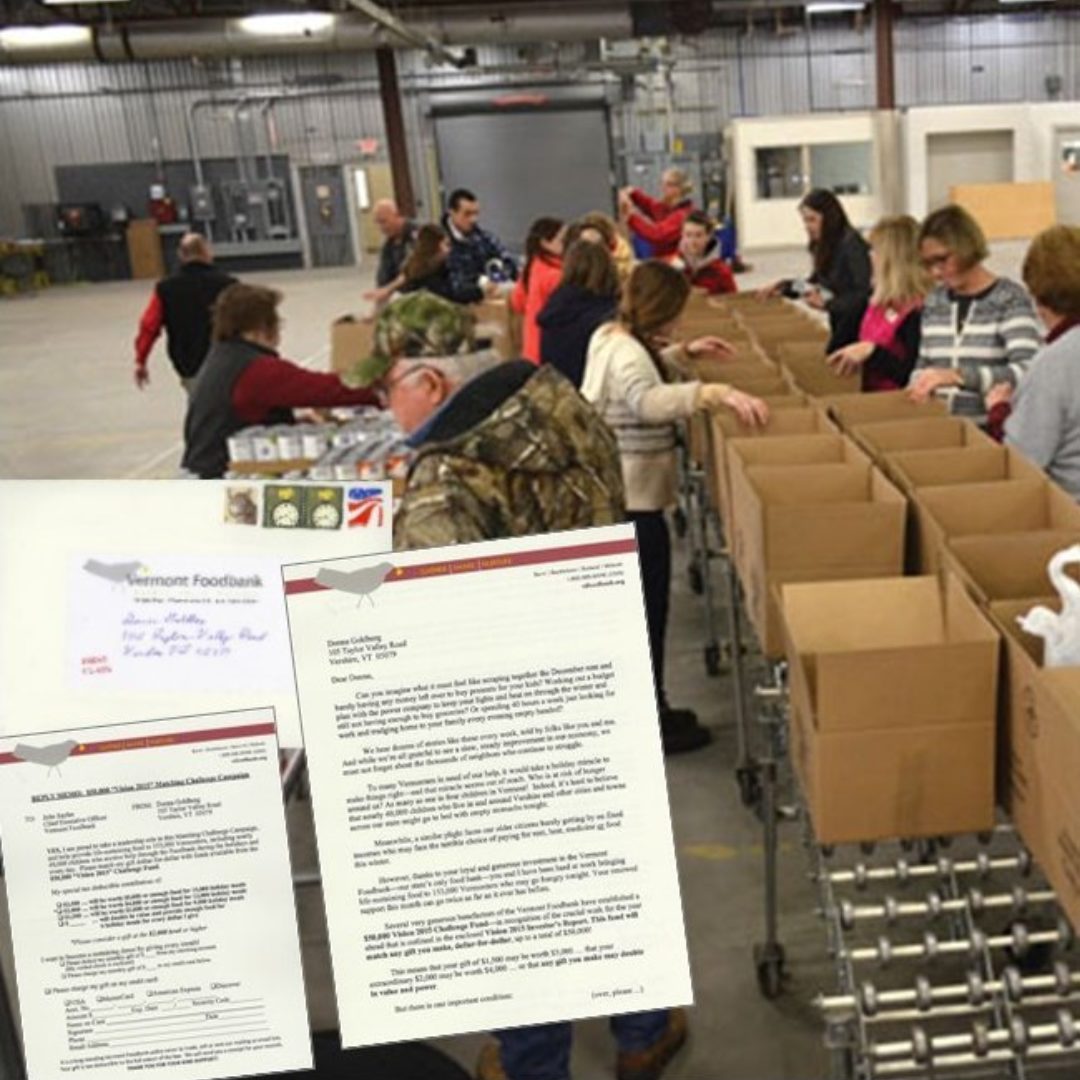 Following our first year working with Stop Hunger Now, the organization was compelled to change its name to conform with international branding concerns. Our note-card style year end appeal combined an emotional and inspirational message with an initial rebranding of its new name, Rise Against Hunger. 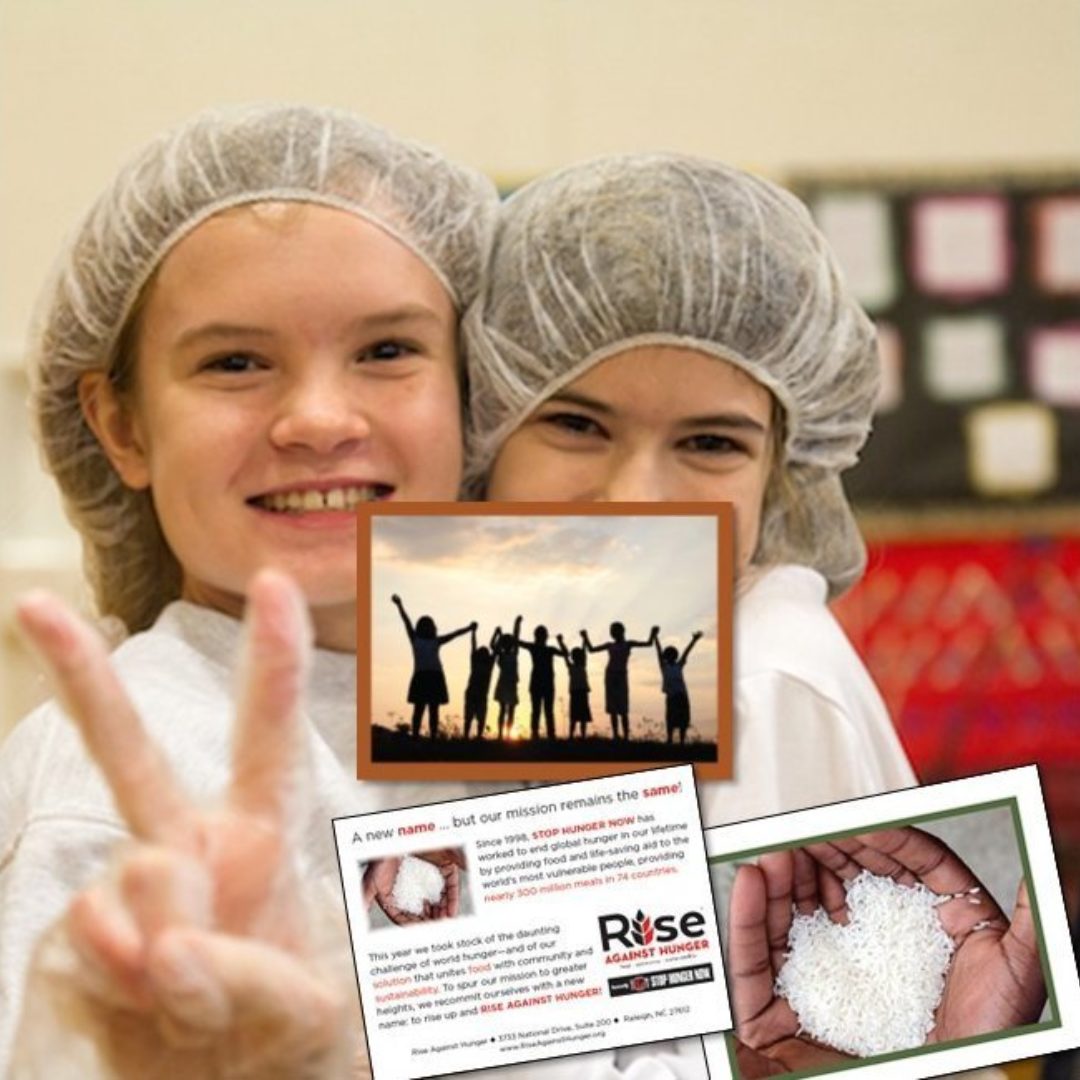 We helped launch the new Advocate Children’s Hospital brand--the final assignment in a 3-year engagement. The goal was to turn around a waning direct mail annual fund program for the 14-hospital Advocate Health Care (AHC) system. We shaved a near-quarter-million-dollar annual loss by 90% within 12 months, breaking even in year 2 and posting a 159% net income gain in year 3. 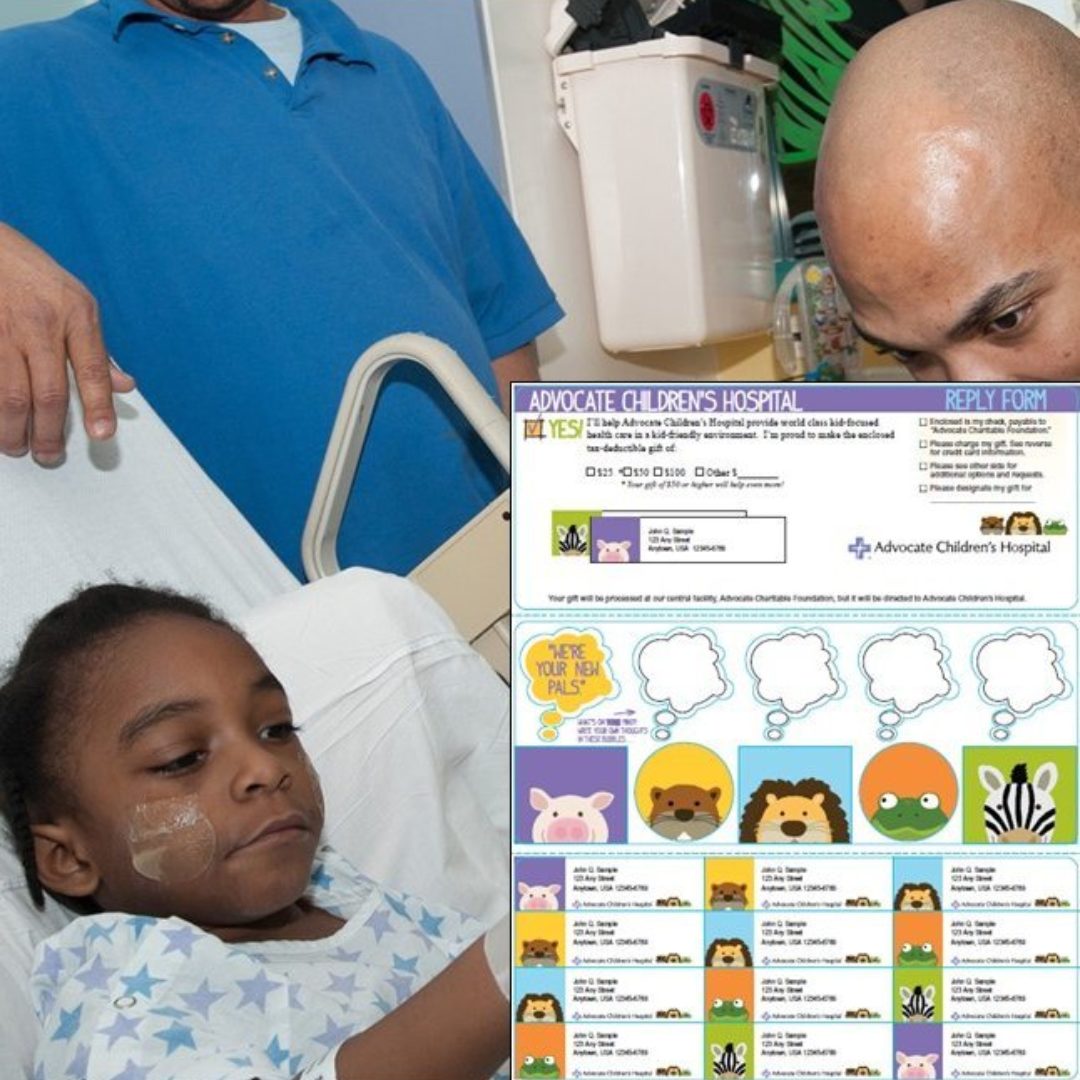 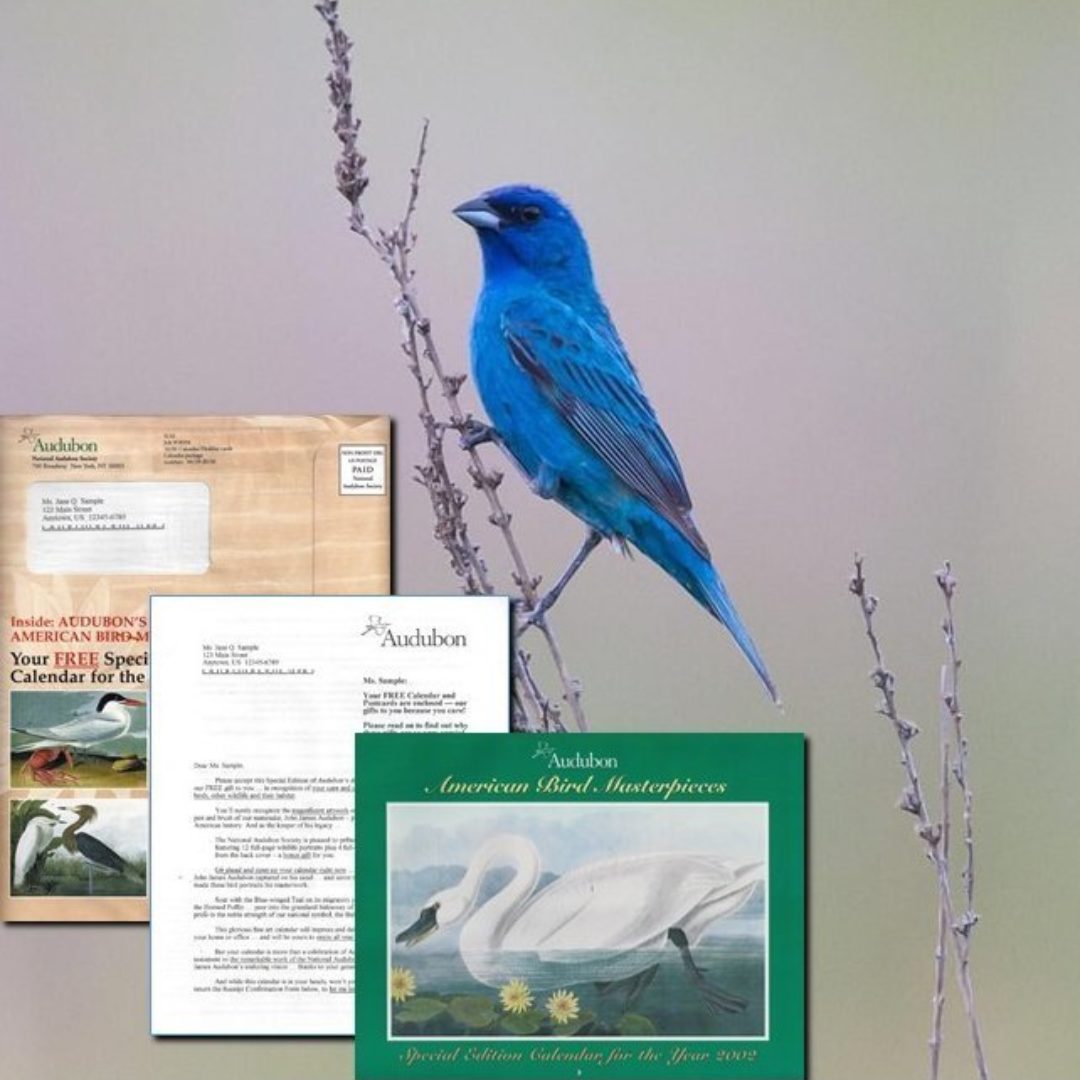 We helped conceive the overarching digital creative platform for the 92nd Street Y #GivingTuesday campaign — including copy for multiple touchpoints (email, Facebook posts, homepage) and a pivot to a year-end $1,000,000 challenge to give legs to the campaign legs. 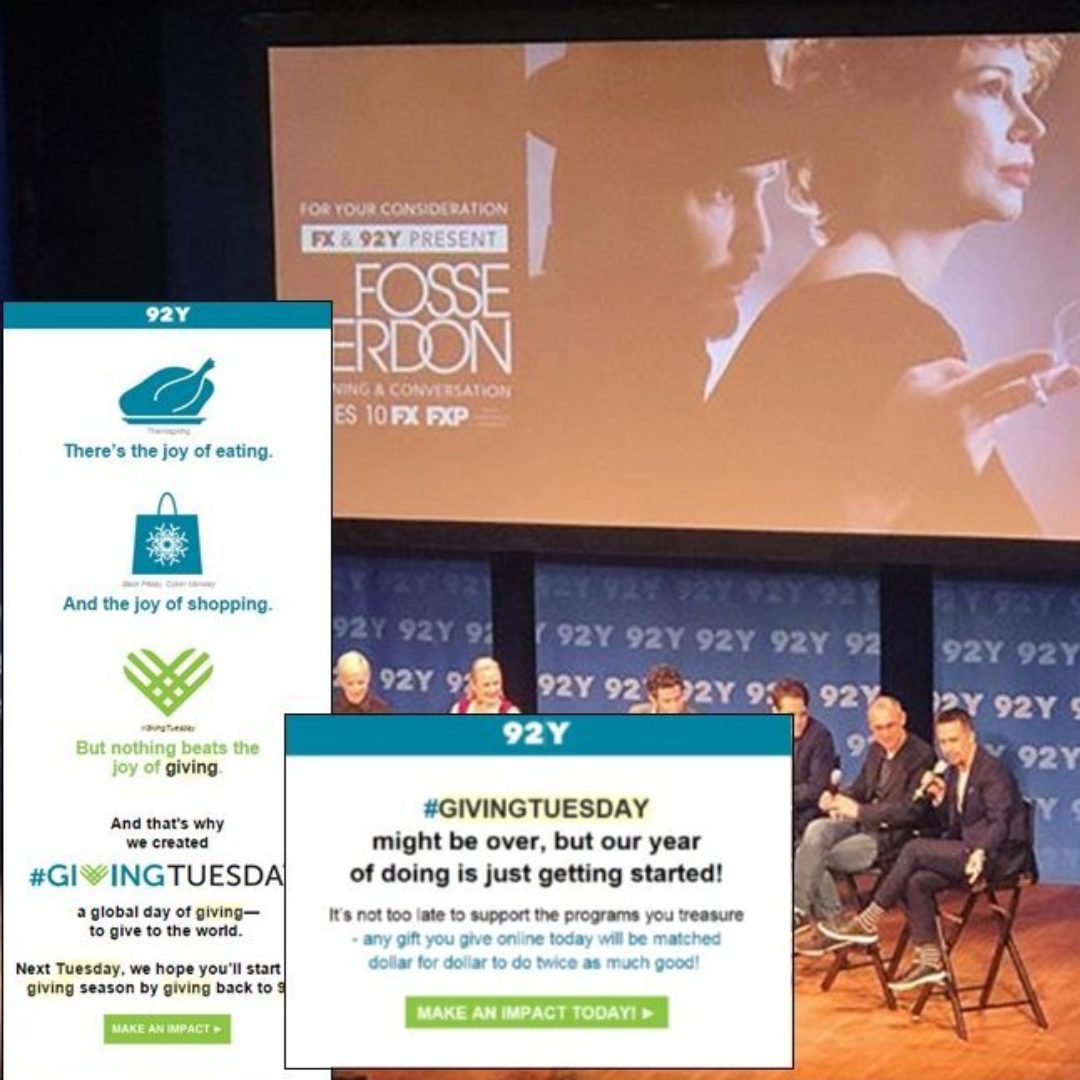 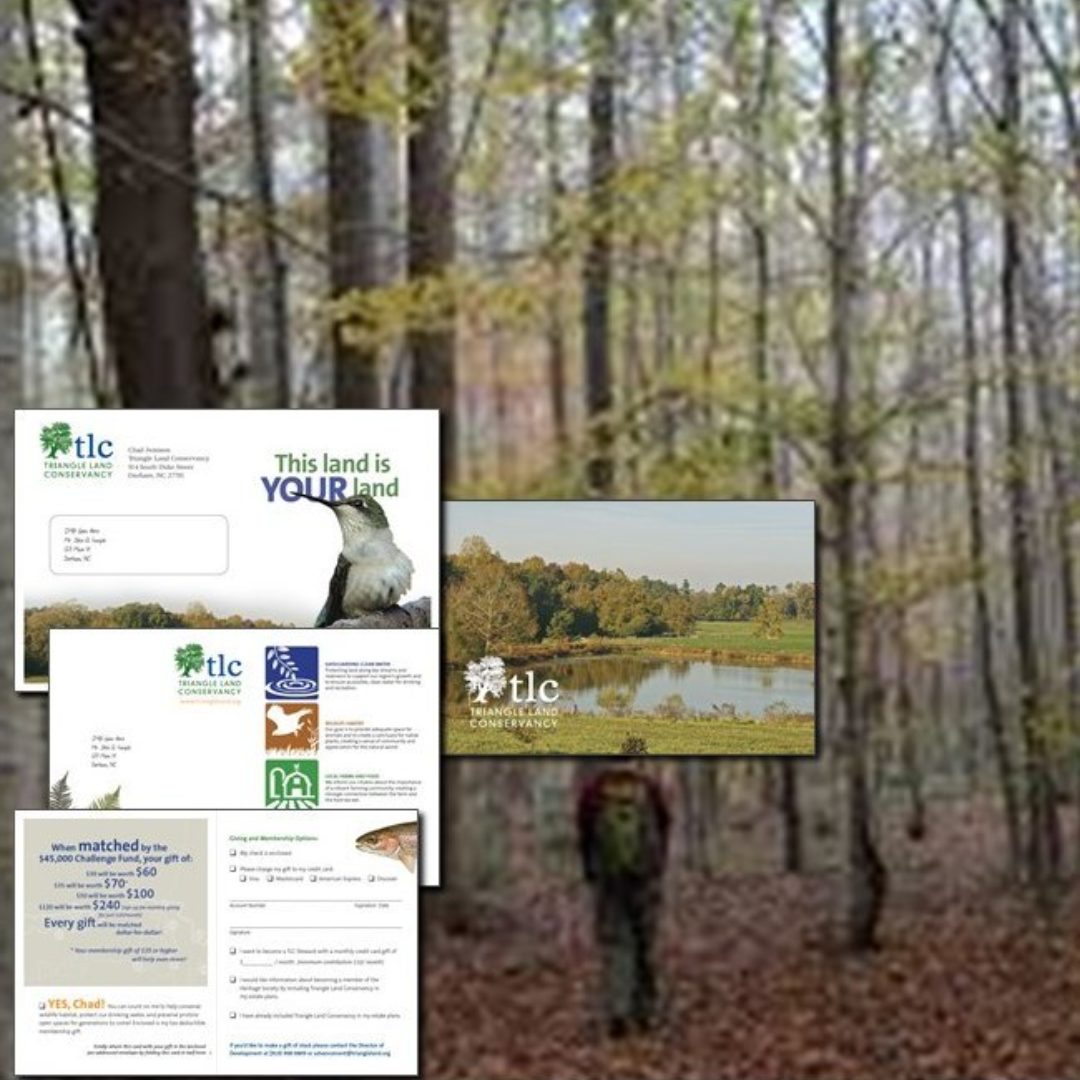 Response to this matching challenge appeal, propelled by the select-a-check reply form generated a 100% year-over-year income increase for the largest Chicago-area hospital system, which is supported by the Advocate Charitable Foundation. 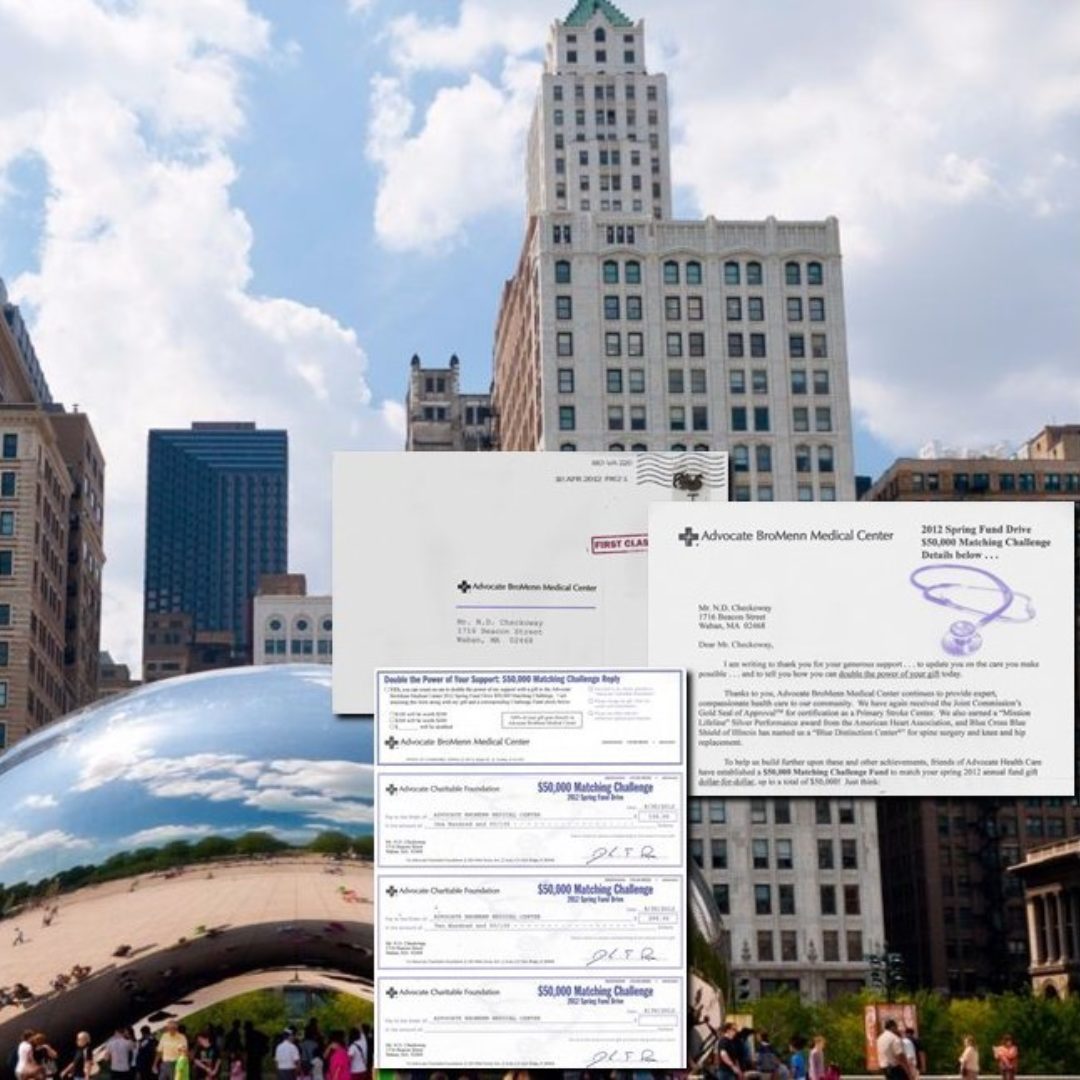 For the Rainforest Alliance, we created perhaps the first (and only) direct mail fundraising campaign mailed from United Nations headquarters, using UN postage. A call to members to sign messages to world leaders helped activate the member base. 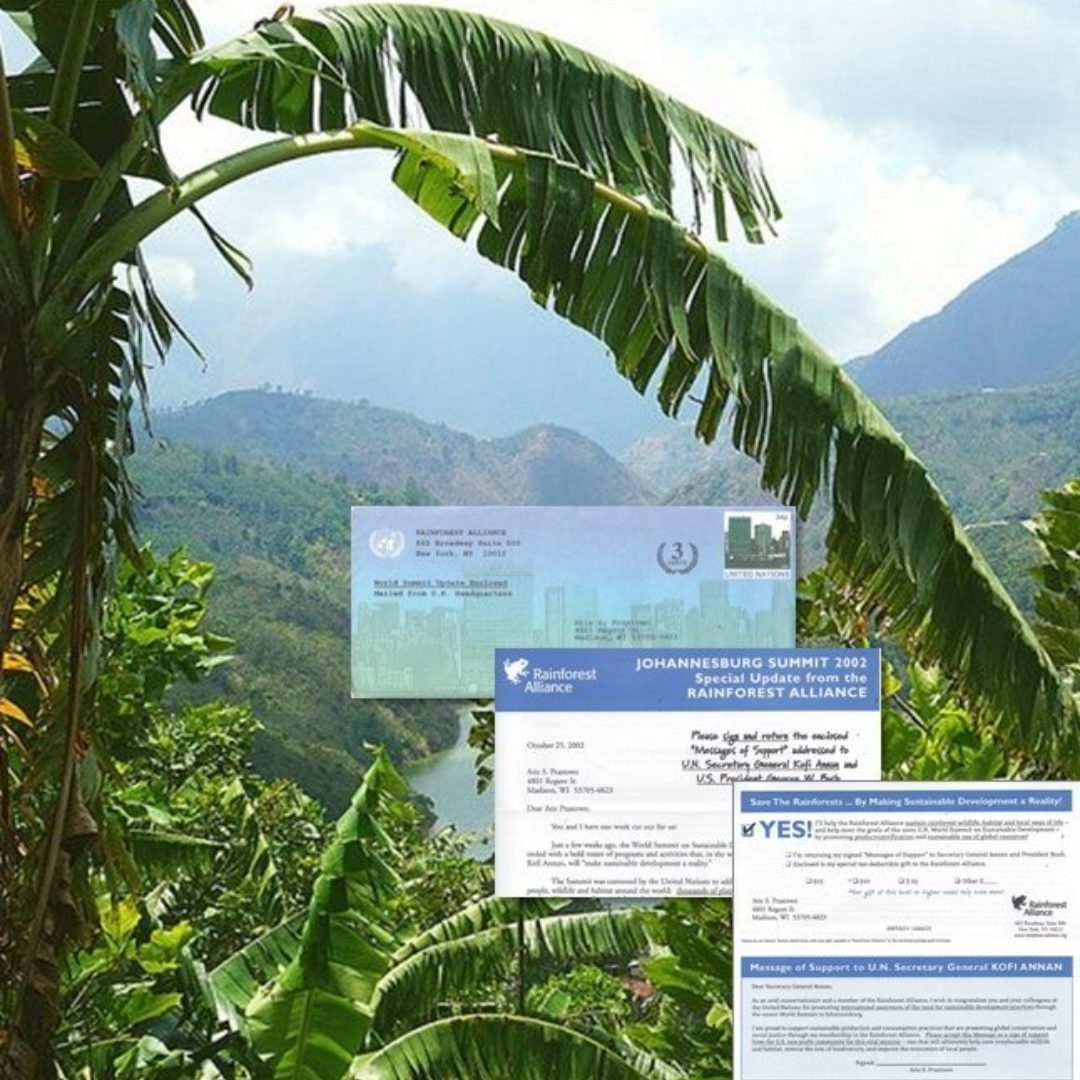 The General Society of Mayflower Descendants

What better way to tap into pride of ancestry among members of The General Society of Mayflower Descendants than to send a year-end note card appeal depicting The First Thanksgiving at Plymouth that asked members to honor their forebears at their upcoming Thanksgiving celebration with a gift to the Society. 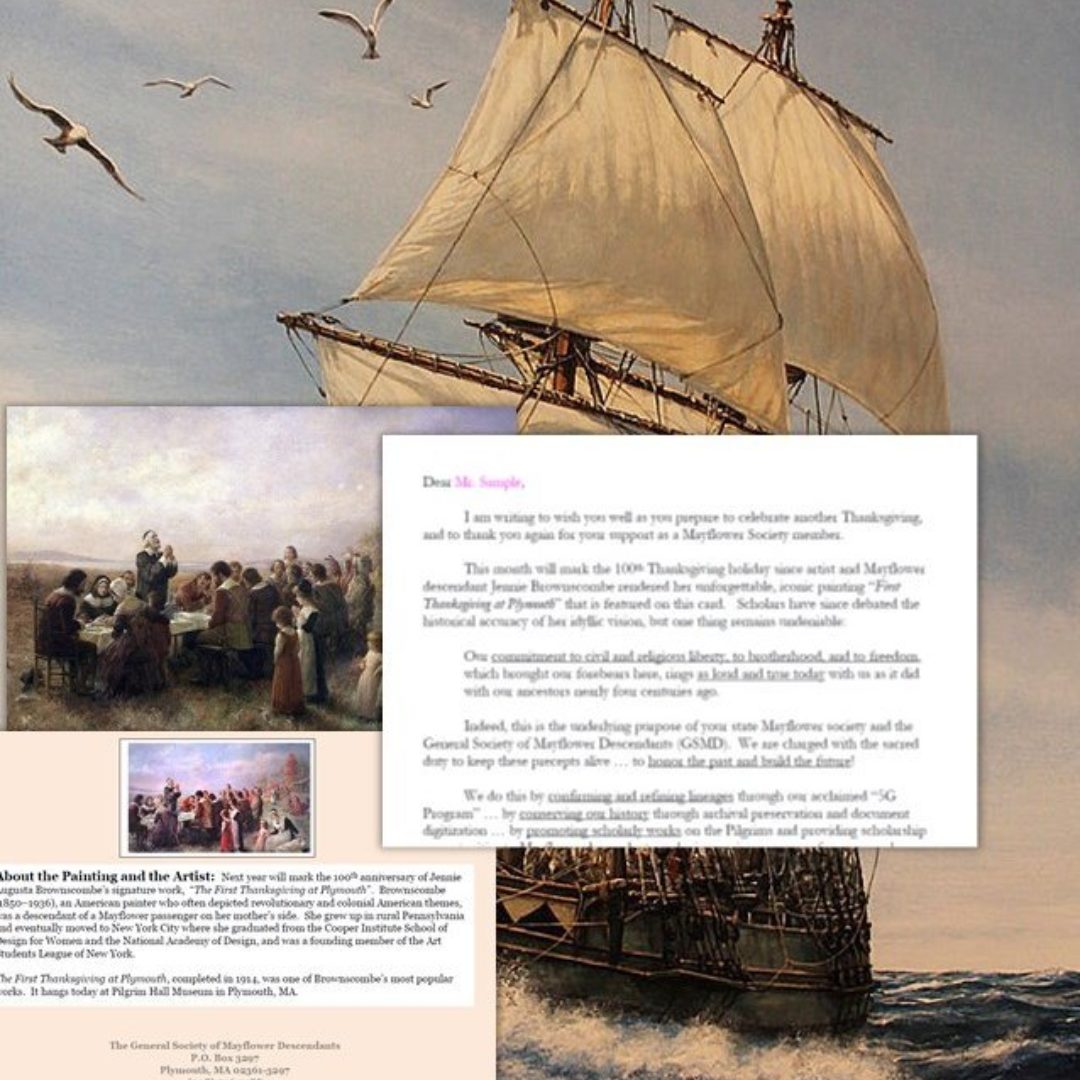 This “grateful patient” hospital acquisition campaign for Phelps Regional Health Care Foundation gave patients the chance to nominate their favorite doctors, nurses and other staff as their “Guardian Angels”. They could also inscribe and send back a “Thank You” card—which included an inspiration quote on the power of giving!

This test Charter Member package assignment for APERTURE, the New York gallery-based magazine was written to shift the focus from transactional subscriber toward the deeper relationship of a committed member and supporter. 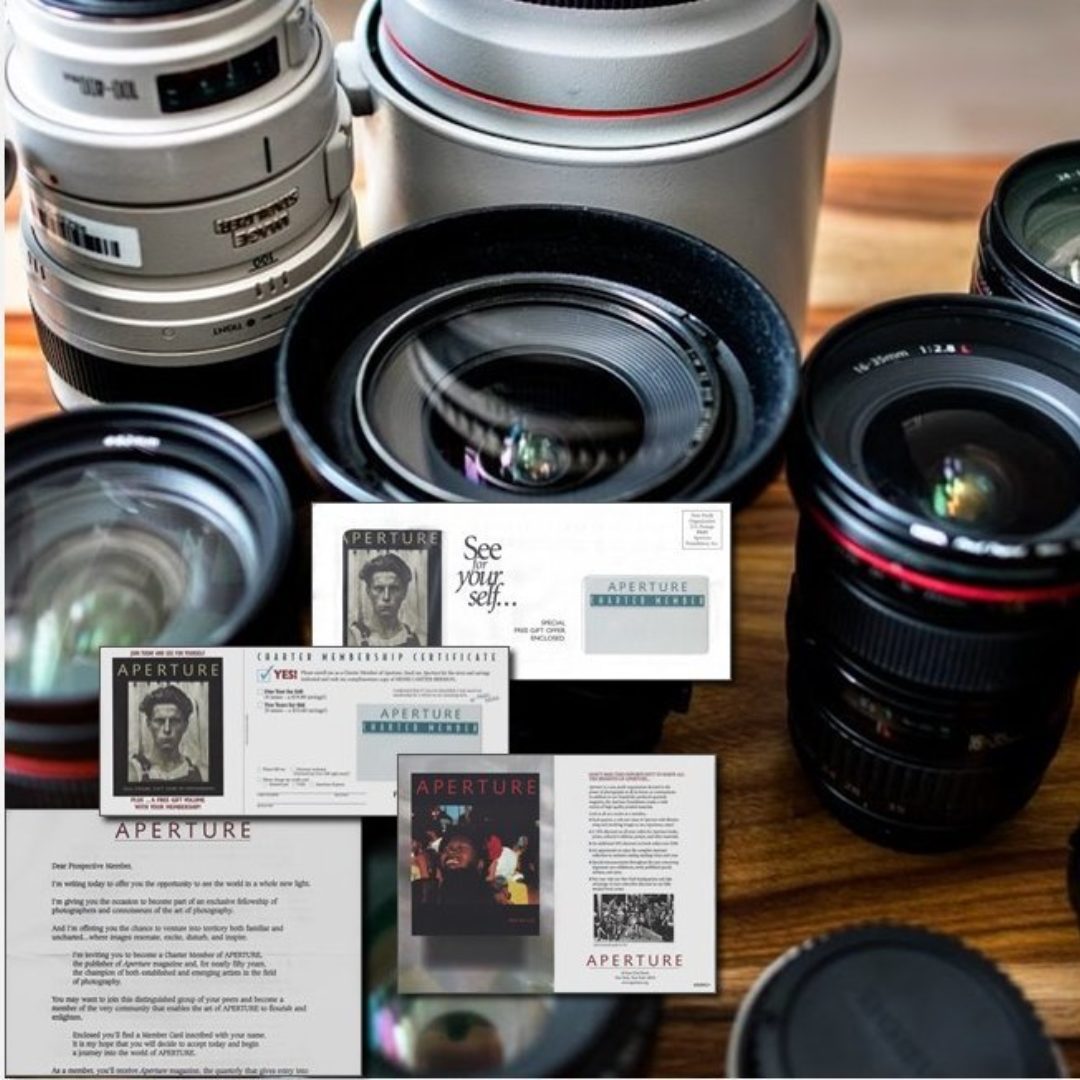 What if we were to tell the story of New York’s City Harvest through the words of a City Harvest driver, maybe one who could share a compelling and emotional perspective? That’s exactly what we did … and we ended up with a refreshing, authentic voice in this acquisition letter! 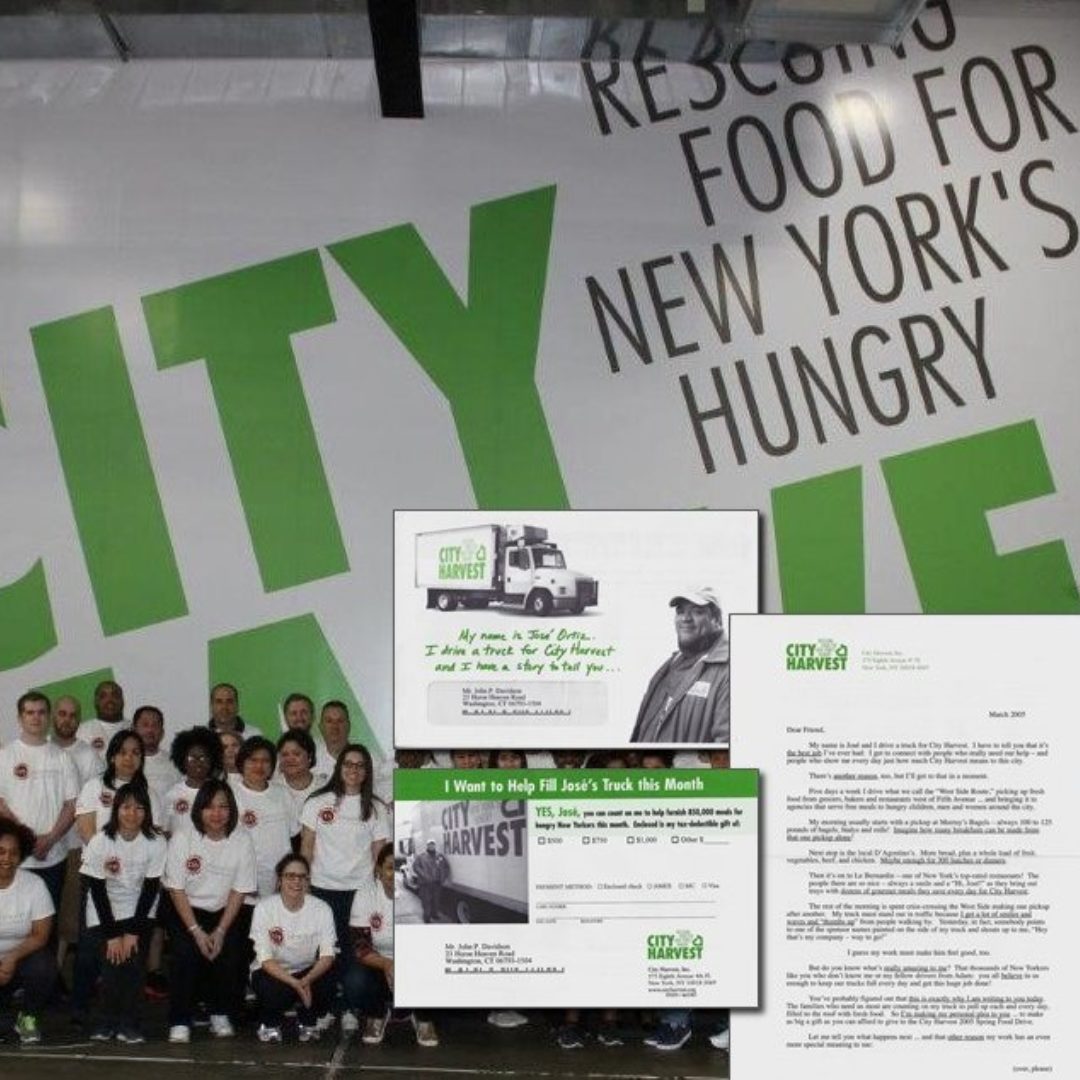 Some of our success flows from the stories we tell: the narratives we weave through words and images that move donors to respond. But our success goes beyond stories to the audience we help you select ... the techniques that help you stand out from the pack ... and dozens of details we put into each project to get your message the attention and action it deserves! What our clients are saying below.

The General Society of Mayflower Descendants

What Our Clients Are Saying

“ “I had the opportunity to partner with Rising Tide Direct over 5 years on all aspects of a direct mail program. By far, Rising Tide Direct yielded the highest ROI, exceeding expectations, and dominated on analytics resulting in more donors and gifts.” ”

“ “Rising Tide Direct has transformed the Direct Mail Program for The Restless Legs Syndrome Foundation in an easy and effective way. In just 4 years, we doubled our revenue streams and increased membership by 60%. A great ROI that any Board of Directors would love to see!” ”

“ “I have worked with Nelson Checkoway for over 20 years and have found him to be committed and passionate about our mission. His team has helped us find the best way to increase hunger awareness in our community while also raising much needed funds. Direct marketing is both an art and a science and his analytical prowess has benefitted the food bank in both successful and challenging times.” ”